These are pieces from my second collaboration with Dave Sokolowski—a series of maps for his Call of Cthulhu scenario Sun Spots. Whereas our first collaboration centered on a Cthulhu Dark scenario set in modern times with modern, digitally-produced maps and diagrams, Sun Spots is set in mid-1920s Massachusetts, and Dave needed maps that appeared to be artifacts from another time. So not only did I have an opportunity to broaden my hand-drawn map symbolization techniques, I was able to use Illustrator to create a topographic map with a more historic look and feel. All three maps depict a fictitious place in a manner consistent with each other as well as a drawing of the town, as seen from the lake, drawn by another artist. It's fun to create a new place while attempting to maintain some level of believability and consistently with the imaginations of your collaborators.

The map above is imagined as a tourist's map printed on placemats and distributed at the local Bell & Whistle Café. Below is the topographic map, attributed to the fictitious "Paramount Mining Corporation," and a simple, hand-drawn street map. All three are intended to help players as they orient themselves in the unfolding game scenario. 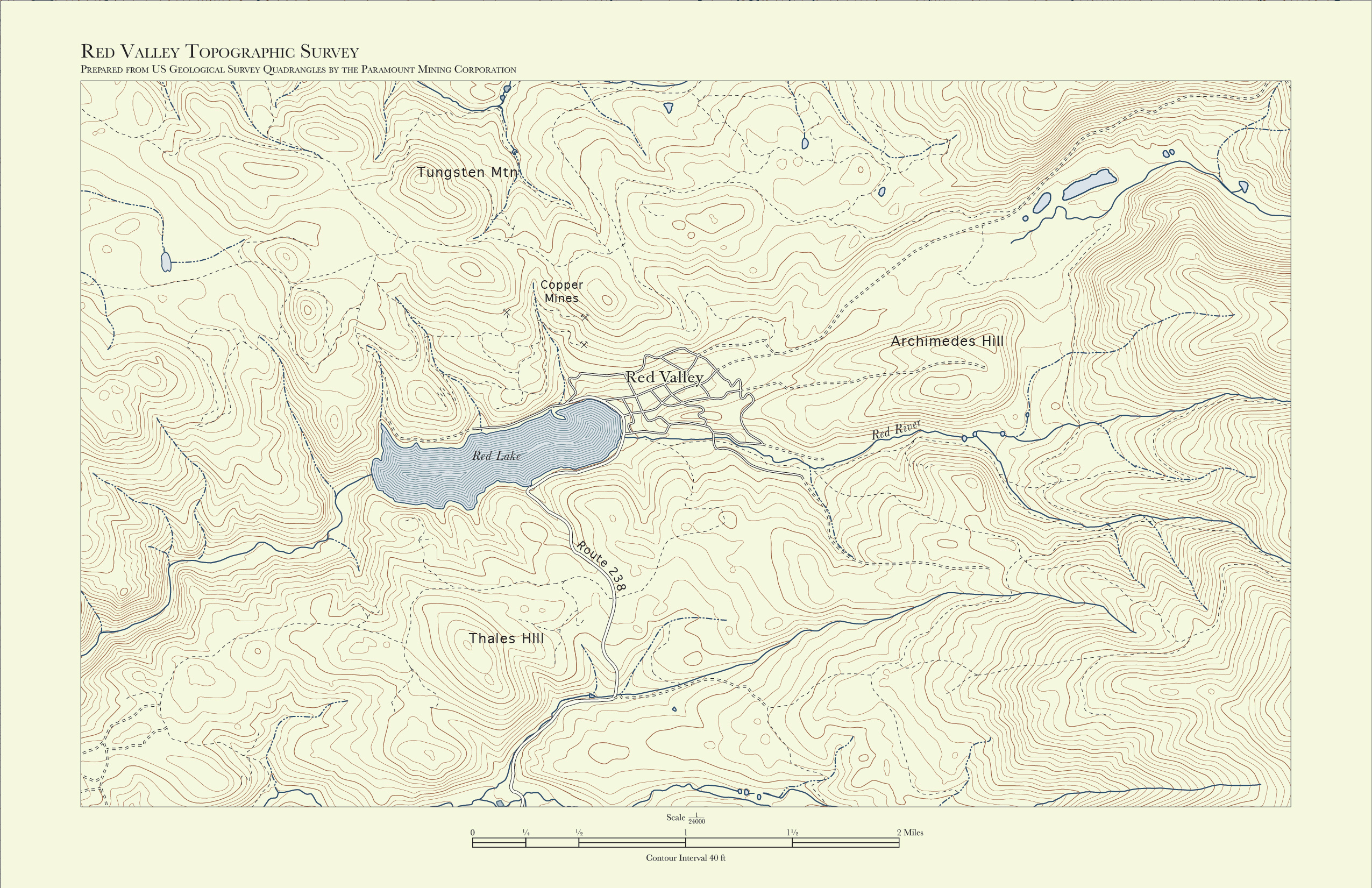 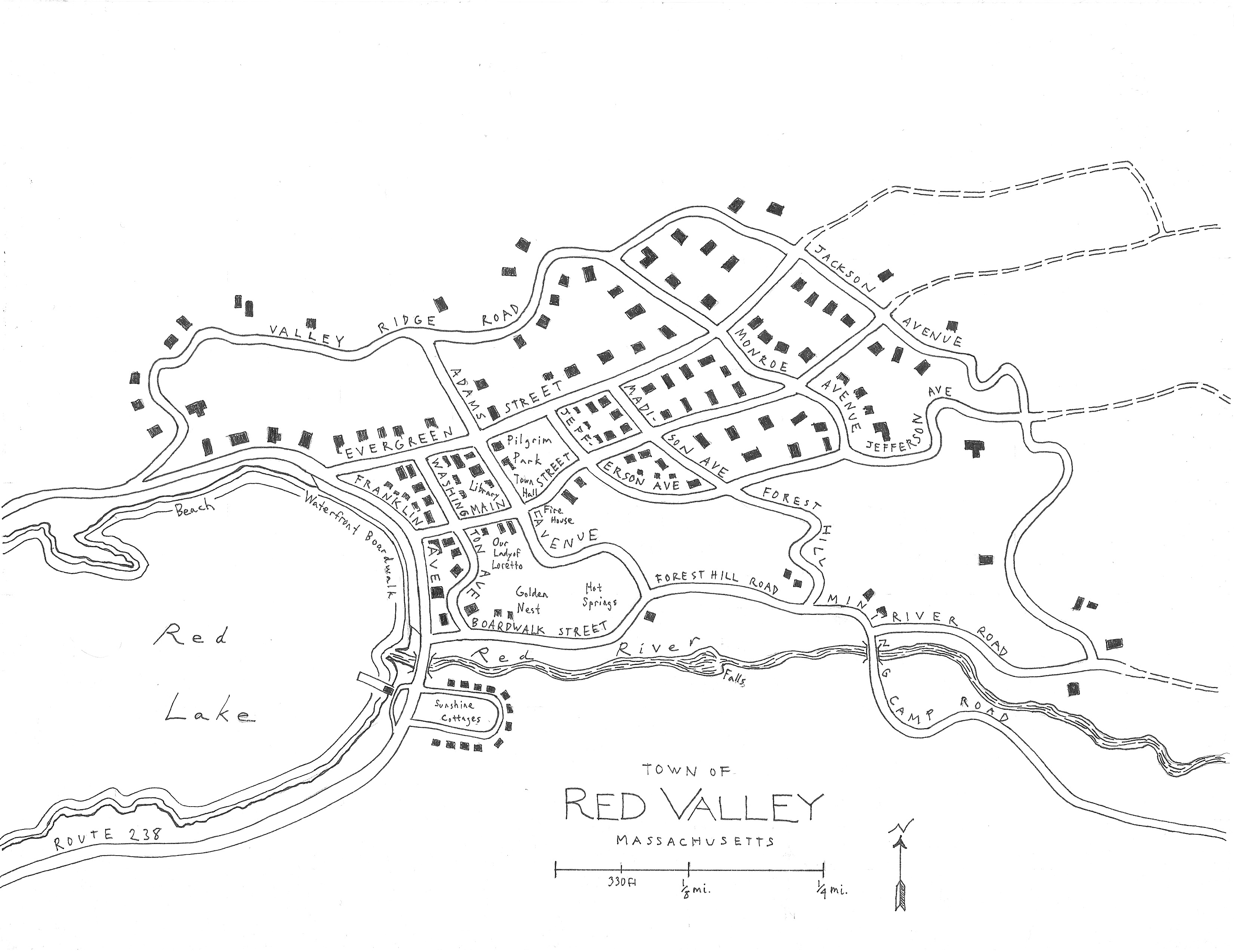